A fake online review is fraud

A fake online review is fraud 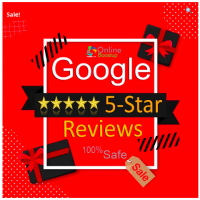 While Google and Facebook provide mechanisms to review and remove fake or unverified reviews, there is still a considerable amount of effort that needs to be invested in order to have them deleted.

The actual process of buying a fake review, positive or negative, is as simple of going to any number of the review shops online, selecting the amount and adding the product or brand for review.  While a simple process, if caught the buyer of the fake review who would ultimately benefit from the fake reviews is committing fraud.

While buyers of fake reviews may not be overly impacted by having their fake reviews removed, they will take legal action or an investigation from the ACCC seriously.  It is illegal under the Australian Consumer Law to make false or misleading claims about about a product or service.

According to the ACCC, Any statement representing your products or services should be true, accurate and able to be substantiated. There are fines for businesses that mislead consumers. It does not matter whether a false or misleading statement was intentional or not.

Being sued for fake online reviews

In Australia, courts have the power to force a person to remove content from the internet, or pay damages to the plaintiff for harm done to their reputation.  The concept of “reputation” in business is taken very seriously in defamation law and damages can be significant where actual loss or lost opportunity is proven.

In some cases, it could be argued that a review had very few views or likes and therefore the complainant suffered minimal loss, but even in the absence of financial loss, significant general damages can still be awarded where hurt and distress has been caused.

The defendants were Michael Abbara of California, Kurt Bauer of Pennsylvania, and a Chinese company called CCBetter Direct and at the time Amazon sought to ban the defendants from selling products on any of its sites. The suits also asked for the profits the sellers made on Amazon, attorneys’ fees, and damages exceeding $25,000.

See our article on how to spot a fake review and if you feel that you are the victim of fake reviews, contact brandsec for a free consultation on the quickest way to remove fake content from the internet.