.Org being sold – what you need to know

.Org being sold – what you need to know 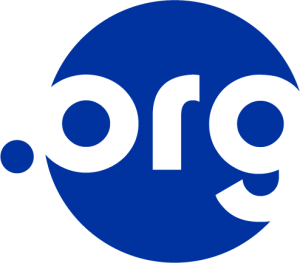 .Org, the space that represents nonprofit domains, has been sold to a private equity firm that many claim could be harmful the integrity of the open internet.

Since 2002, domains ending in .org have been purchased through an agency called the Public Interest Registry, which is owned by the Internet Society, a well-regarded nonprofit working to expand access to the internet across the world.

According to Wikipedia, .org was one of the original domains established in 1985  by the Public Interest Registry. The domain was originally intended for non-profit entities, but this restriction was removed in August 2019. The domain is commonly used by schools, open-source projects, and communities, but also by some for-profit entities. The number of registered domains in org has increased from fewer than one million in the 1990s, to ten million in 2012, and held steady between ten and eleven million since then.

In November, the Internet Society announced it was planning to sell the Public Interest Registry — along with control of all the .org domains — for $1.1 billion to a recently formed private equity company called Ethos Capital with close ties to former leaders of the internet governance community.

The proposed sale has sparked outrage, with the NYTimes reporting that many people at prominent internet non-profits, including the Wikimedia Foundation and the Electronic Frontier Foundation, and rightly so. One worry is that Ethos, in an attempt to make the .org top-level domain as profitable as possible, will rapidly raise prices for its customers. For years, a 2013 contract capped the cost of an .org domain at $8.25 with an allowed increase of no more than 10 percent a year — a restriction that kept .org domains affordable. Today, a .org domain costs $9.93 a year.

But in June 2019, ICANN approved a new contract with the Public Interest Registry eliminating the price cap, even though thousands of people voiced opposition to that decision during a period of public comment. Ethos has said it will continue to raise prices for .org domains by no more than 10 percent per year, as the cap is now removed there are many questions around how this will be managed, governed and operated.  It seems that commercial interests will prevail over that of community needs.

ICANN is yet to response, but it seems that the transaction has a few more barriers before the deal is done.